Since the Help America Vote Act (HAVA) became law in 2002, all states have been required to use provisional ballots.  The only exception is states that offered same-day registration when the National Voter Registration Act was enacted in 1993, and even most of these states have found them useful in certain situations.

Before and after HAVA

A second major policy choice is how aggressively to give out provisional ballots, and whether to encourage their use as a means to record voters' address changes on Election Day. Allowing provisional ballots to be used for this purpose makes address changes more convenient for voters, but it increases paperwork and may increase the likelihood that a vote will not be counted because of a clerical error. 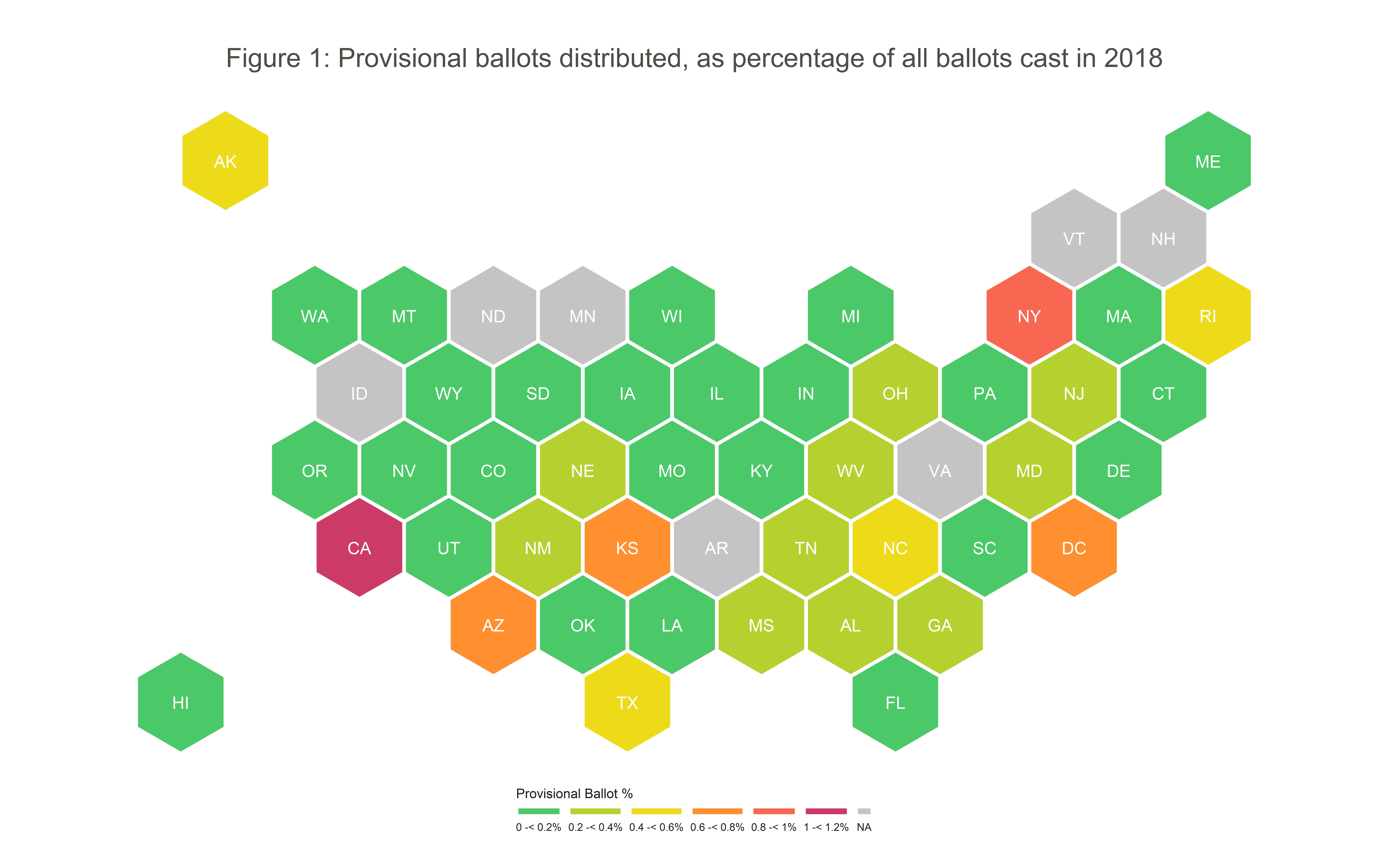 It stands to reason that having a fail-safe mechanism to protect voters against registration errors is a positive provision of election administration. Presumably, the 1.7 million provisional ballots that were counted in 2016 represent 1.7 million potential “lost votes”—that is, votes that would not have been recorded in the absence of provisional ballots through no fault of the voter.

However, some voting rights advocates have argued that the availability of provisional ballots makes it too easy for local jurisdictions to shirk their efforts to maintain accurate voter lists. Processing provisional ballots is subject to clerical errors, so there is at least a small chance that any provisional ballot that should be counted will be rejected for reasons unrelated to whether someone was actually registered. Furthermore, a provisional ballot given to a registered voter who has shown up in the wrong precinct will usually not be counted at all. A question that arises in such cases is whether poll workers should be more insistent that “wrong-precinct voters” go to the correct precinct, rather than issue ballots that will not be counted.

Pew Center on the States. 2009. "Provisional Ballots: An Imperfect Solution."